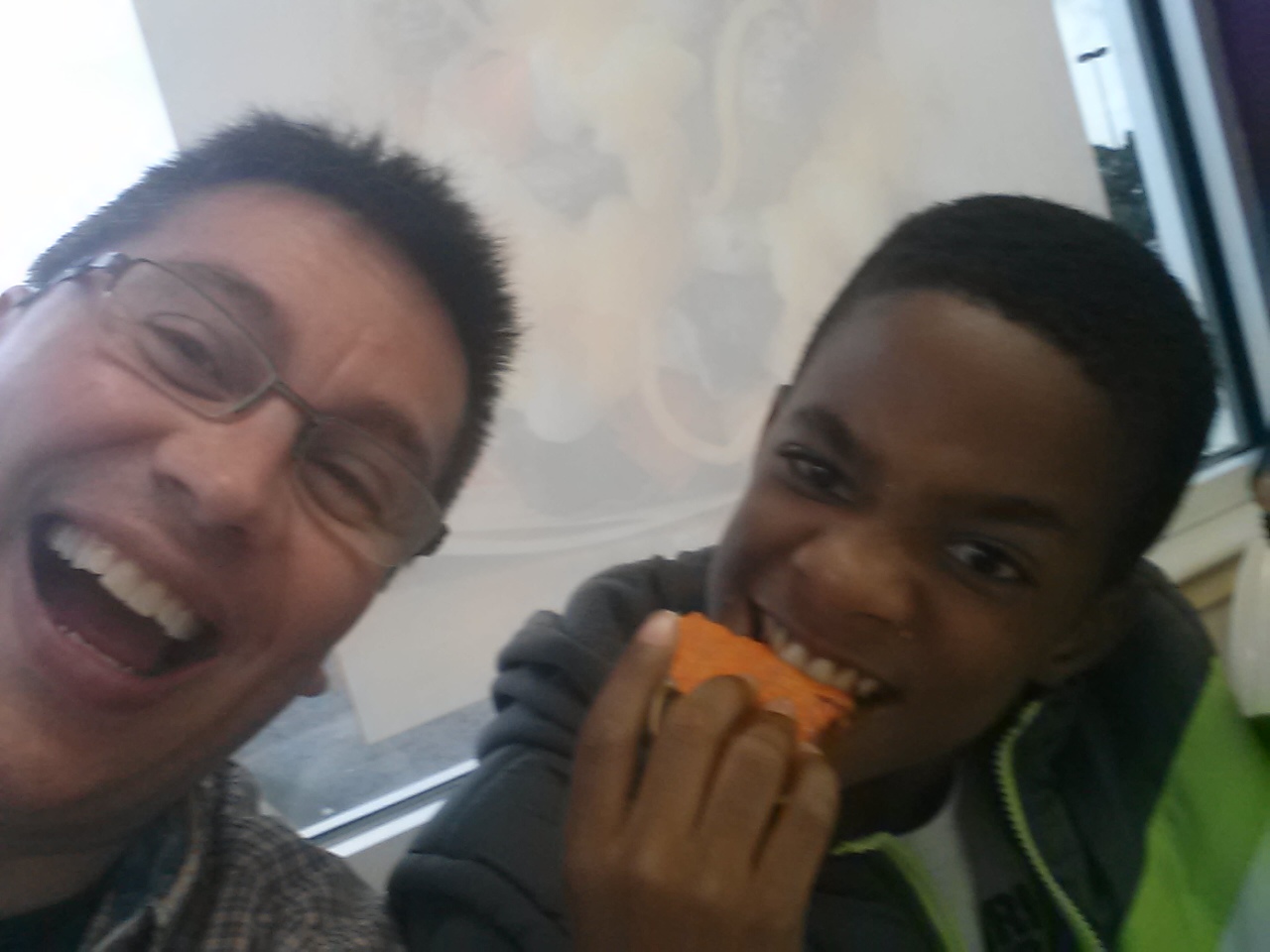 Jamario and Alex were matched in our community based program since October 2015 and they have been growing their friendship every month since.  Jamario is an eleven year old who was in need of a positive male role model as his dad was killed when he was only two. His mom believed having a Big Brother would benefit Jamario.

Alex was motivated to become a Big Brother because he wanted to make a positive difference in the life of another child. Alex has provided Jamario with advice about school and how to get along well with others. He encourages him to do the right thing all the time and to think positive about life.

When they are together, Jamario and Alex always have a good time. Some of the activities they enjoy doing together are going out to eat at Liberty, going to the movies and watching plays such as The Wizard of Oz and Disney on Ice. They have also watched college basketball and enjoy playing board games, tennis and playing at the Arcade. Jamario said he likes Alex and has a lot of fun with him. He said thanks to him he gets to go out places and do fun things.

Alex has described the best part about having Jamario as a Little Brother is how motivated he is to be a great leader; one who is able to influence Jamario in a positive direction.