March Match of the Month! 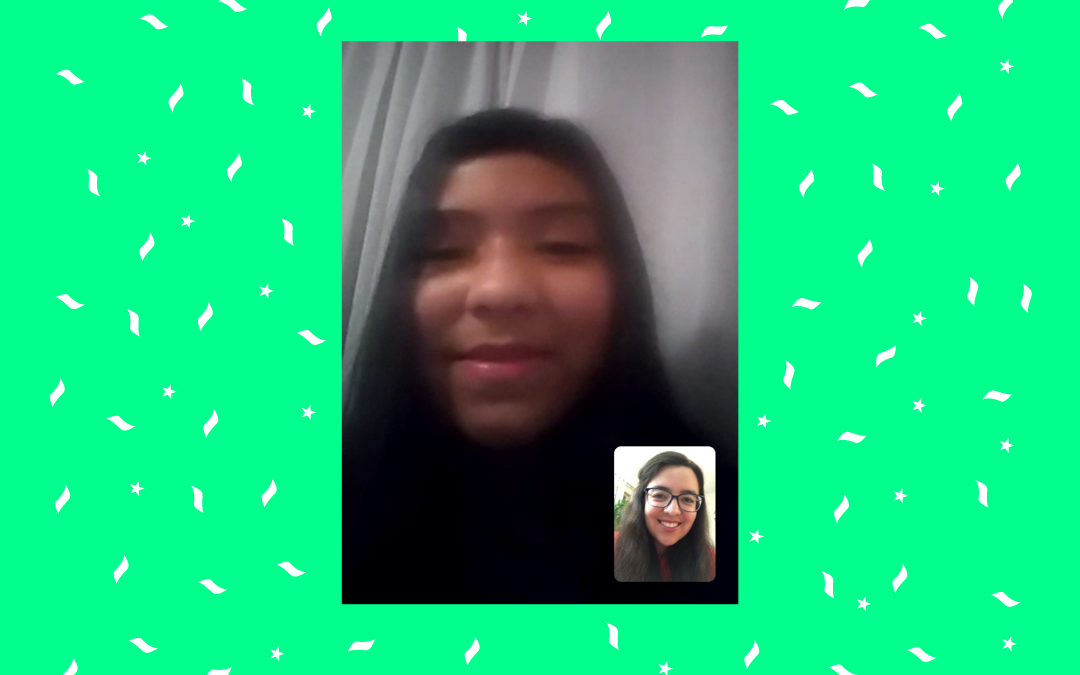 Mariana was matched with her “Little” Maite in September 2020 in the e-mentoring program that will transition to community based program once this pandemic is over. Maite’s mom signed her up in the program because she said that they don’t go anywhere except church and school (even before the pandemic). Maite’s mom felt that this was going to be a great opportunity for Maite to explore things outside of her house and school.

Some of the activities Mariana and Maite have done since matched are talking via video call and play games on Zoom. Last semester Mariana and Maite participated in the High Point University LASER Astronomy project. When Lead Match Support Specialist Adriana sent out the invitations to join the LASER Program to all of her Bigs, Mariana and Maite were very excited.  In this LASER program, students from Dr. Barlow’s class showed Bigs and Littles how to access remote telescopes. They were able to access personal access to robotic telescopes located around the world. They learned how to take images of planets, nebulas, galaxies and the moon.

Mariana said when they video chat, they talk about how she is doing in school, about horses, and about Frozen. Mariana said that Maite recently told her that she loves to help people, and when she grows up she wants to become a nurse or join the Army. Mariana and Maite can’t wait to be able to see each other in person. Mariana said that she would love to take her Little to ride a horse. Mariana said she feels Maite and her are a great fit because they have similar personalities, and they are both bilingual. She also said that Maite has a great sense of humor, she is kind, sweet, and talkative.

Maite said that she loves to have Mariana as her Big because she is smart, and kind, and she has given her nice gifts for Christmas and her birthday. She said she has so much fun with her when they talk, and she can’t wait to see her in person.