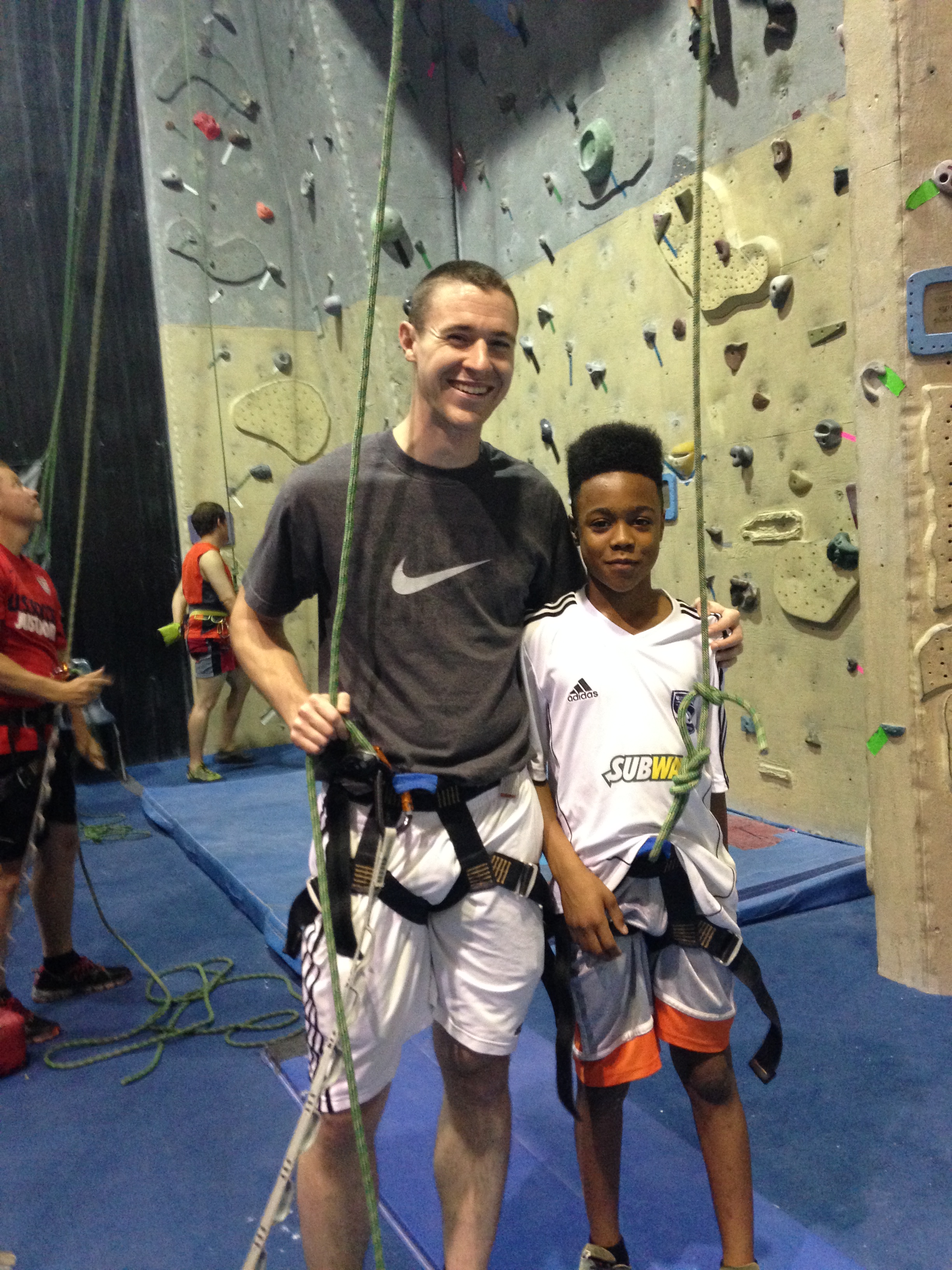 At the age of 9, Keyshaun waited patiently for over a year to be matched with a Big Brother. He had a great Match for two years. They enjoyed hiking, going to the library, bike riding, and doing  homework. Keyshaun’s Big Brother accepted a job offer in another state, causing the match to be closed. They had developed such a wonderful relationship and his Big Brother invited one of his former co- workers to be a part of our program and step in when he moved.

In May 2014, Keyshaun was introduced to Ryan. They are both talented and athletic. Keyshaun recently began piano lessons. Ryan also played the piano at a young age, and helps him with his lessons. Keyshaun likes sports but did not have much interest in baseball until he and Ryan went to a baseball game. They have been to the Greensboro Grasshoppers game several times. They enjoy hanging out at museums, rock wall climbing, and going to Hanging Rock State park. Ryan even introduced his Little Brother to baking cookies and cooking burritos. Keyshaun now has a great interest in cooking and has improved with his academics.

Keyshaun is a prime example that great things come to those who wait, as they have developed an amazing relationship.